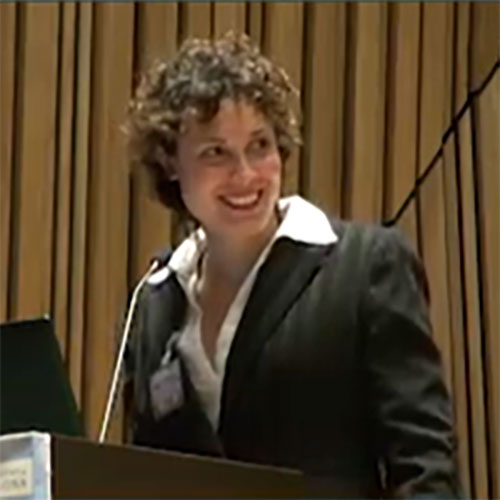 Born in Sorengo (Switzerland), class of '94, Gaia Marroffino graduated in podiatry at the University of Manresa - Fundaciò universitaria del Bagès - in the province of Barcelona (Spain) in 2018.

She previously carried out a 3-years training in podiatry SSS at the Professional Socio-Health Center of Lugano Switzerland), where she currently exercises under cantonal office, with the role of teacher in professional knowledge and more specifically in orthopodology and biomechanics.

In 2017, when she was still a student, she participated as a speaker and a member of the scientific commission at the MiLuBa congress (an inter-university event involving the universities of Milan, Lugano, and Barcelona).

With the conclusion of her degree studies in Spain, she deepens in 2019 the approach to nail surgery still at the FUB University of Manresa (Spain) but the training has not been concluded yet due to the Covid-19 pandemic, leaving the last 2 modules temporarily suspended (their completion is foreseen by 2024).

Moreover, she completed the second module of skeletal muscle ultrasound issued by the SIEP (Italian School of Podiatry Ultrasound) in 2019, learning in the sonographic field, the theoretical and basic practical notions from the podiatrist colleagues Prof. Dr. Simone Moroni and Dr. Stefano Massimiani.

During the same year she participates in the advanced intensive course in analysis of the biomechanics of the runner held in Valencia (Spain) by the podiatrist researcher Luis Enrique Roche, incorporating the method proposed by I-BIOMECHANICS, compliant with the current EBM in the absence of the Vicon system.

Considering the growing interest in the sonographic approach and prevention in the sports field, in 2021 she begins her studies of a presidential Master in Clinical and Sports Podiatry at the Catholic University of San Antonio in Murcia (Spain) where she currently learns and compares herself with the latest scientific evidence used by podiatrists, athletic trainers, and sports doctors of the main Spanish football and basketball clubs.

She is enrolled in the official Master's course in Scientific Research in Podiatry for Training starting at the Rey Juan Carlos University of Madrid in October 2022.

She has carried out various internships during the Lugano training at: Luganese Moncucco Clinic, San Rocco elderly home in Morbio Inferiore, Galeazzi Orthopedic Institute in Milan, and the Alto Vedeggio elderly home in Mezzovico.

At the end of the Spanish training, she was able to work alongside the fellow employees in Podoactiva, a leading company in Spain for the packaging of insoles after a specific biomechanical investigation protocol, at the headquarters of the "Parque tecnologico" of Huesca, in Aragonia (Spain). Podoactiva is currently in charge of taking charge of the players of the Spanish Football Selection.

She currently carries out assessments of walking and foot and ankle function, packaging the orthoses or custom-made insoles when needed, in both the Sports Rehab Lugano and Bellinzona rehabilitation centers.

She currently is the vice president of the UNIONE DEI PODOLOGI DELLA SVIZZERA ITALIANA Association.