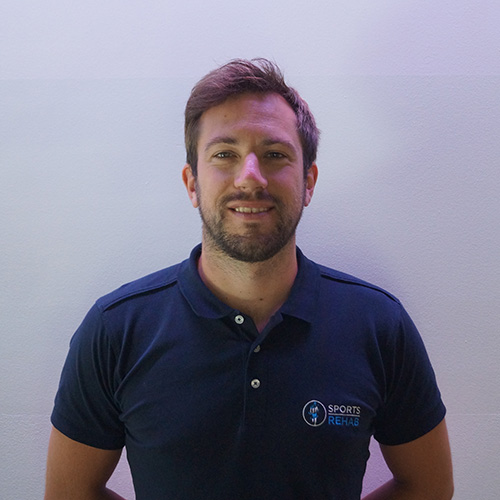 He grew up in Cantù and sport has been his passion ever since he was a child. As a kid he started skiing and playing tennis and basketball, however he already knew motocross was his only and true love.
When he was 9 years old he started taking part in Italian motocross races: he won several regional titles, he was a runner up in the national championship and he competed in the European one.
At age 15 he moved to Abruzzo, Central Italy, to join a major motocross team that wanted him in its short list. He lived there, training with the team and competing in races until the age of 18; during those years he managed to win the national title.
In 2009 he entered the Team Italia Enduro, a group of talented athletes sponsored by the Italian Motorcycle Federation (FMI), and took part in the enduro Italian, European and World championships. In the same year he won the gold medal at the International Six Days Enduro in Portugal. Afterwards, his sporting career went on winning other titles at national level.
Over those years full of constant efforts and personal sacrifices, he never quit his studies and in 2013 he graduated in Sport Science at Cattolica University in Milan, Italy. During his academic career he did one year internship as sports trainer assistant at Pallacanestro Cantù, a professional basketball club that competes in the Italian and Europen basketball leagues, where he came into contact with talented physiotherapists. Working close to them made him willing to continue his studies following this path and in 2016 he got the physiotherapy degree at SUPSI University in Lugano, Switzerland.

In 2016, due to the work commitments, he decided to retire from the competitions; therefore, he switched from being a racer to becoming Tecnico Sportivo Federale, a professional coach of FMI, and started to follow the Italian enduro top talents around the world to support them in championships. Moreover, he began to train some riders, who compete in the motocross World championship, both in athletic preparation and in physiotherapy.
As Tecnico Federale he won a European championship training the athlete Matteo Pavoni in 2016, and a World championship training Andrea Verona in 2017. In the same year the Italian team took the silver medal in the enduro World club team award. Regarding this year, two of his athletes are in the lead of enduro World championship, in two different classes.

Previous work experience, before starting to work as a physical therapist, are:

Andrea started working in Switzerland at Fisiosport Minusio since October 2016, then co-founded Sports Rehab along with his managing partner Sebastiano Nutarelli (Physical Therapist).

Andrea completed the Certificate in Advanced Studies in Manual Therapy (basic) at the SUPSI University of Lugano in 2021.

If you can dream it, you can do it